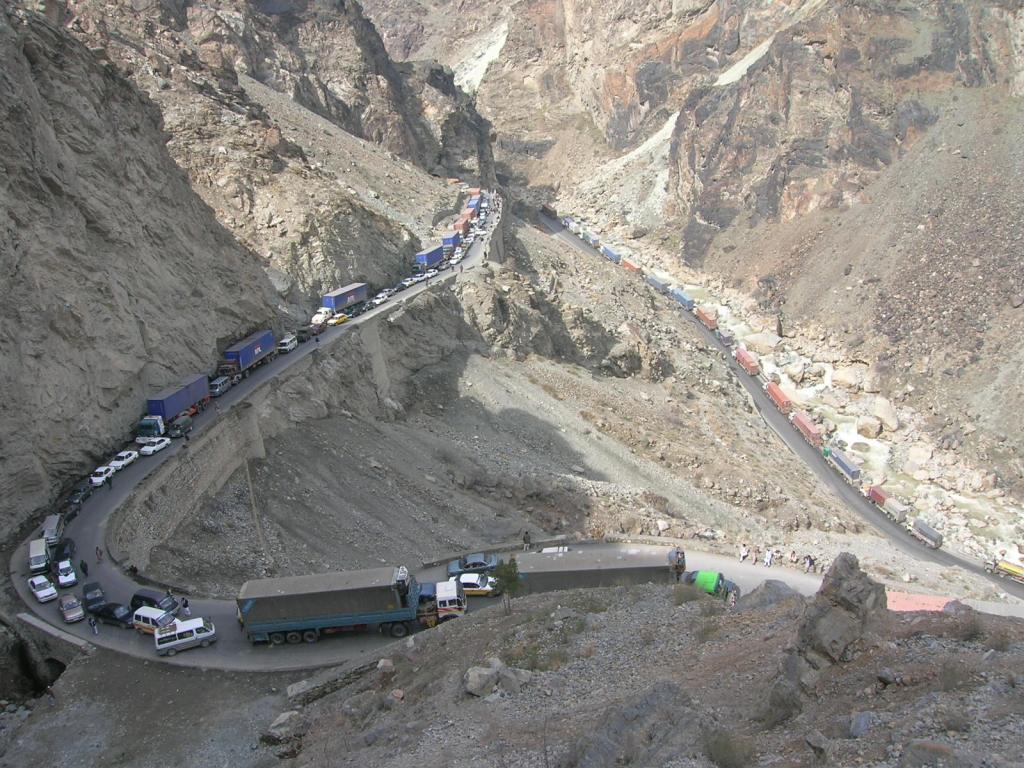 Leh Ladakh History: The region of Ladakh once formed part of the erstwhile Kingdom of Ladakh and for nearly 900 years from the middle of the 10 th century existed as an independent kingdom. After 1531, it was periodically attacked by the Muslims fromLadakh Kashmir, until it was finally annexed to Kashmir in the mid 19th century. The early colonizers of Ladakh included:- the Indo-Aryan Mons from across the Himalayan range, the Darads from the extreme western Himalayas, and the itinerant nomads from the Tibetan highlands. While Mons are believed to have carried north-Indian Buddhism to these highland valleys, the Darads and Baltis of the lower Indus Valley are credited with the introduction of farming and the Tibetans with the tradition of herding. Its valleys, by virtue of their contiguity with Kashmir, Kishtwar and Kulu, served as the initial receptacles of successive ethnic and cultural waves emanating from across the Great Himalayan range.

Its political fortunes ebbed and flowed over the centuries, and the kingdom, was at its best in the early 17th century under the famous king Sengge Namgyal, whose rule extended across Spiti and western Tibet up to the Mayumla beyond the sacred sites of Mount Kailash and Lake Mansarovar.

During this period Ladakh became recognized as the best trade route between the Pubjab and Central Asia. The merchants and pilgrims who made up the majority of travellers during this period of time, travelled on foot or

horseback , taking about 16 days to reach Srinagar; though a man in hurry, riding non-stop and with changes of horse arranged ahead of time all along the route, could do it in as little as three days. These merchants who dealt in textiles and spices, raw silk and carpets, dyestuffs and narcotics entrusted their goods to relays of pony transporters who took about two months to carry them from Amritsar to the Central Asian towns of Yarkand and Knotan. On this long route, Leh was the half-way house, and developed into a bustling entreport, it bazaars thronged with merchants from far countries. This was before the wheel as a means of transport was introduced into Ladakh, which happened only when Ladakhthe Srinagar- Leh motor-road was constructed as recently as the early 1960s.

The 434 km Srinagar-Leh highway follows the historic trade route, thus giving travellers a glimpse of villages that are historically and culturally important. The famous pashm (better known as cashmere) was produced in the high altitudes of eastern Ladakh and western Tibet and transported thorough Leh to Srinagar where skilled artisans transformed it into shawls known the world over for their softness and warmth. Ironically, it was this lucrative trade, that finally spelt the doom of the independent kingdom. It attracted the covetous gaze of Gulab Singh, the ruler of Jammu in the early 19th century, and in 1834, he sent his general Zorawar Singh to invade Ladakh. Hence, followed a decade of war and turmoul, which ended with the emergence of the British as the paramount power in north India. Ladakh, together with the neighbouring province of Baltistan, was incorporated into the newly created State of Jammu & Kashmir. Just over a century later, this union was disturbed by the partition of India, Baltistan becoming part of Pakistan, while Ladakh remained in India as part of the State of Jammu & Kashmir.

How to Reach Leh Ladakh?

By Air: Leh is connected by regular flights to and from Delhi (daily), Chandigarh, Jammu (twice a week) and Srinagar (once a week).

By Road: The Srinagar-Leh road with a stretch of 434 km is the most popular land route to Ladakh and remains open only from early June to November. The steep ascent of 11,500 feet to Zojila is thrilling and exhilarating. One can easily get regular government and private buses along this route. The second most land route to Ladakh is the Manali-Leh road stretching across 473 km. It has been opened recently and remains open mostly from mid-July toLadakh mid-October. The trip on this route becomes more interesting with the panoramic views of the snow-clad peaks of the Western Himalayas on the way.

Best Season to Visit Ladakh: June to October, as most of the high passes and trekking routes remain closed after November due to heavy snowfall. However, for Chadar trek, the best period for visiting is during January to mid-March.

What To Wear: Warm clothes and a windsheeter or raincoat along with good waterproof shoes are advisable for trekking,

while an extra pair of shoes or sandals, a good spacious rucksack and a warm sleeping bag are also an asset while trekking above 4000 m.

Festivals: Ladak his are known for their cheerful disposition and most of their festivals fall in winters, which serve as an excuse for social and convivial gatherings. In summers, archery competitions and native version of polo are quite common and especially among the Buddhists, these competitions are often a local ball where folk songs and dances add to the jovial atmosphere and ‘Chang’, the local barley beer is amply used. The rich collection of oral literature of the region is full of occasion-special songs and poems and includes the localized versions of the Tibetan epic, ‘Kesar Saga’.

Traditions & Rituals: The folk musical instruments ‘Surna’ (oboe) and ‘Daman’ (drum) accompany the ceremonies and public events. These instruments originally introduced into the region by Muslims hailing from Baltistan but are now exclusively played by ‘Mons’ (Buddhist musicians). A newly born child gets a warm welcome full of festivity and merriment, with functions on Ladakhhis 15th day in the world, after one month of the birth of a child and his/her first birthday. The family invites all the friends, relatives and neighbors and serves them with tea, ‘Tsampa’ (a local delicacy), butter and sugar.

Weddings in Ladakh are full of music, dance, merriment and feasting. The boys are generally promised or married at an age of 16 and girls by the age of 12. The relatives of the groom take ‘Chang’, tea, butter and other presents along with the ring to the bride’s home. If the gifts are accepted then marriage takes place a few months later. On the first day, a grand feast ensues at the bride’s house and on the second day, at the groom’s place. After marriage, bride lives with her husband and her parents offer clothes, animals and land to the couple as dowry or ‘Raqtqaq’, depending on their economic status.

The males are the head of the family and the eldest son has the right to property of his father, which automatically passes to the next brother after him. In case, there are no sons in the family, the father brings in husband of the eldest daughter and property gets transferred in the daughter’s name and passes on to her first son, after her.

Lamas as Oracles: Lamas are believed to be the messengers between the physical and the spiritual world and often act as astrologers and oracles predicting the auspicious time for starting any major enterprise. However, the monk-oracles of Matho Gompa are the most popular ones. It is very interesting to witness the feats performed hby these monk-oracles. Two monks are chosen to act as oracles in every three years by a traditional procedure and they have to undergo rigorous routine of prayer and fasting (and perhaps training) to purify themselves for the cause. When they finish, deity possess their body at the opportune time ans the feats, which they perform feats that can awe anyone including cutting themselves with knives without even wincing and sprinting along the gompa’s (monastery’s) topmost parapet as if they are made of rubber. Whenever possessed, they are believed to answer only the truth regarding individualLadakh and public welfare, though, the deity may also react with frenzied anger to those who are skeptical and ask questions only to test the deity.

Cuisine in Ladakh: Ladakh’s Himalayan ecosystem has led to the development of a distinctive agricultural economy and lifestyle. Many of the local people of Ladakh practice farming and the produce of their fields is made into the delicious dishes of Ladakhi cuisine.

Vegetables such as potatoes, pumpkins, beetroots, and beans are cooked in a variety of different ways and accompany meat dishes. Mutton and chicken are the commonly consumed types of meat in Ladakh.

Tourists in Ladakh can try local Ladakhi food, which is nourishing and usually mildly flavored. Favorites include Thukpa, a thick soup with vegetables that provides a complete meal and delicious Momos or steamed dumplings stuffed with meat or vegetables, accompanied by a fiery chili sauce.

There are also many bakeries in Ladakh where you can buy freshly baked bread and enjoy eating it with locally made Apricot Jam. There are many restaurants in Leh, where you can have an international meal or choose from Tibetan or Ladakhi fare if you prefer. 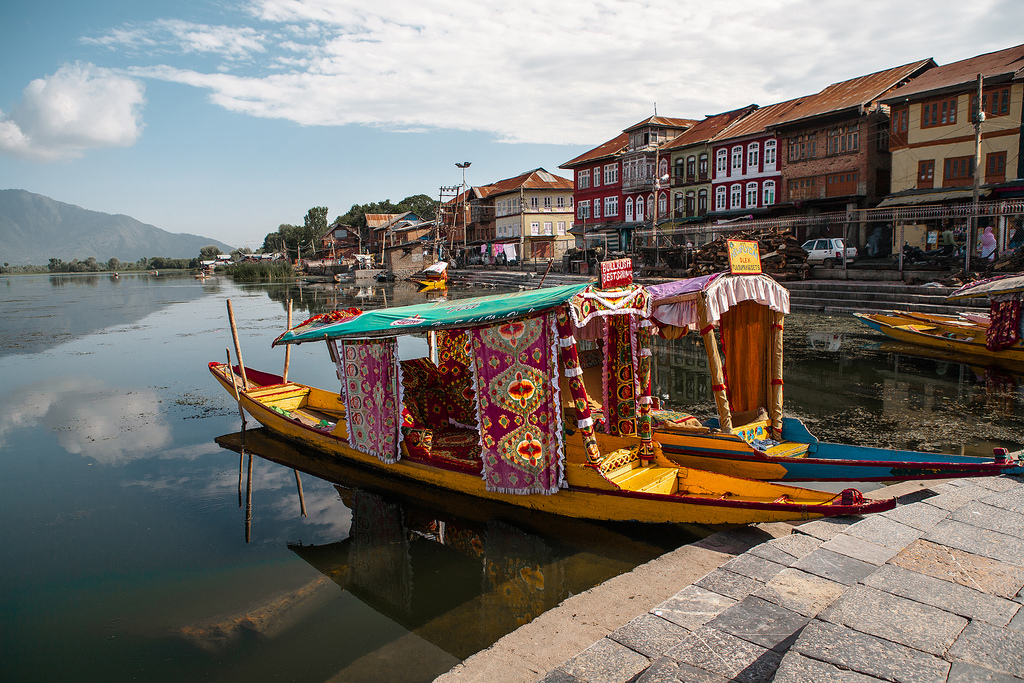