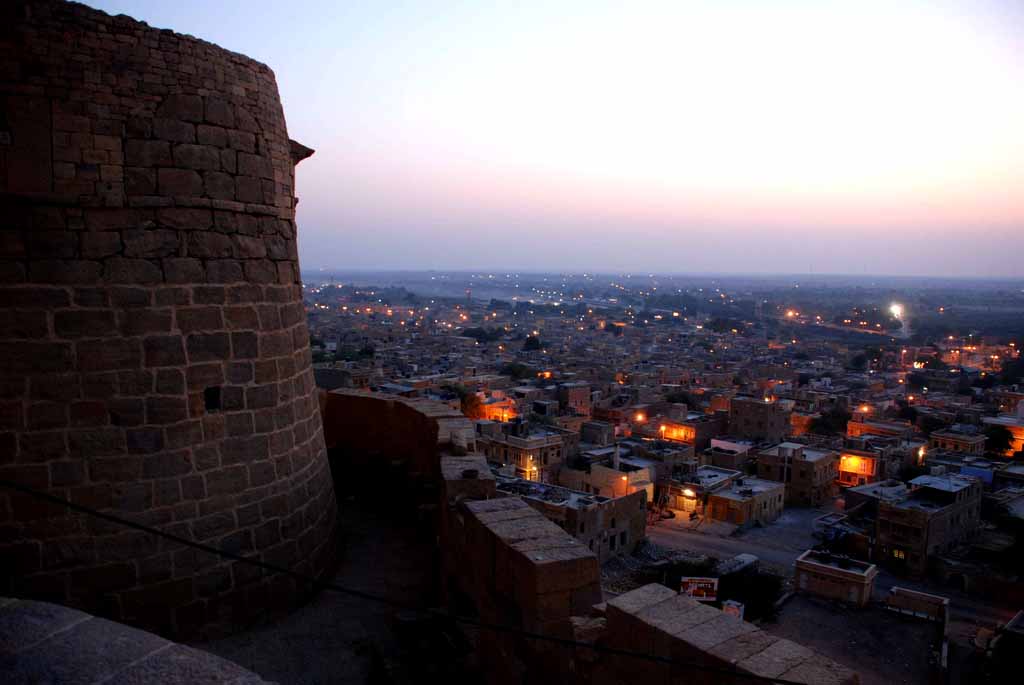 Known as SONAR KILLA or the Golden fort, rising from the sand , the mega structure merges with the golden hues of the desert ambience and the setting suns in its most colourful shades gives it a fairy tale look. Its simply a magic, theSonar Killa (Jaisalmer) bastions envelops a whole townships that consist of palace complex various security sources and the havelis of rich merchants carved with an incredibly light touch, several temples and the residential complexes of the armies and traders placed strategically on the trade route, from where the ancient caravans passed en-route passing all the riches for the prosperity to an otherwise non source full kingdom. These merchants served and acquire a great deal of power and noble status in the royal courts of Bhatti Rajputs who founded the state in the 12th century and proceeded further. But the rich merchant inspired by the classic style of the royals , constructed huge mansions (havelis) adjacent to each other in the nature of medieval culture and profusely decorated walls and ceilings and intricately carved outdoors and interiors. The colourful art forms and some how side kind the royal heritage and made it appear more pale in comparison . The craftsmen were usually muslims who were induced on their journey to exhibit their skills. The results was architectural purity that cannot be seen elsewhere. 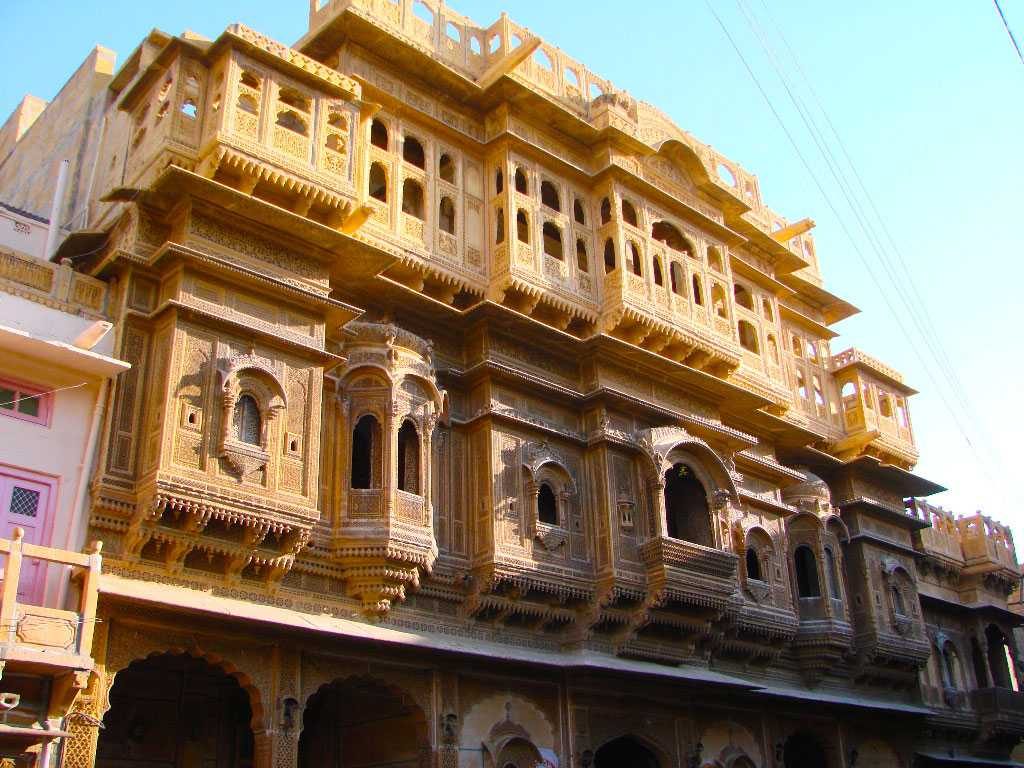 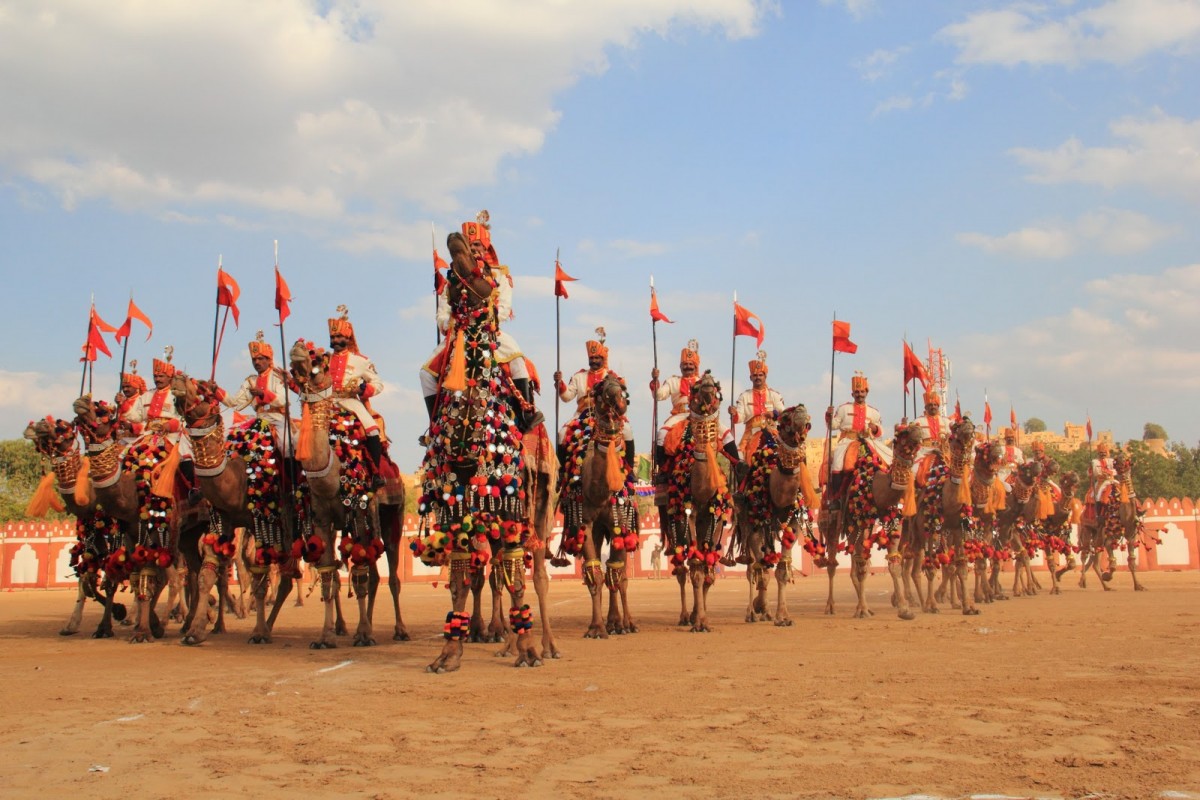 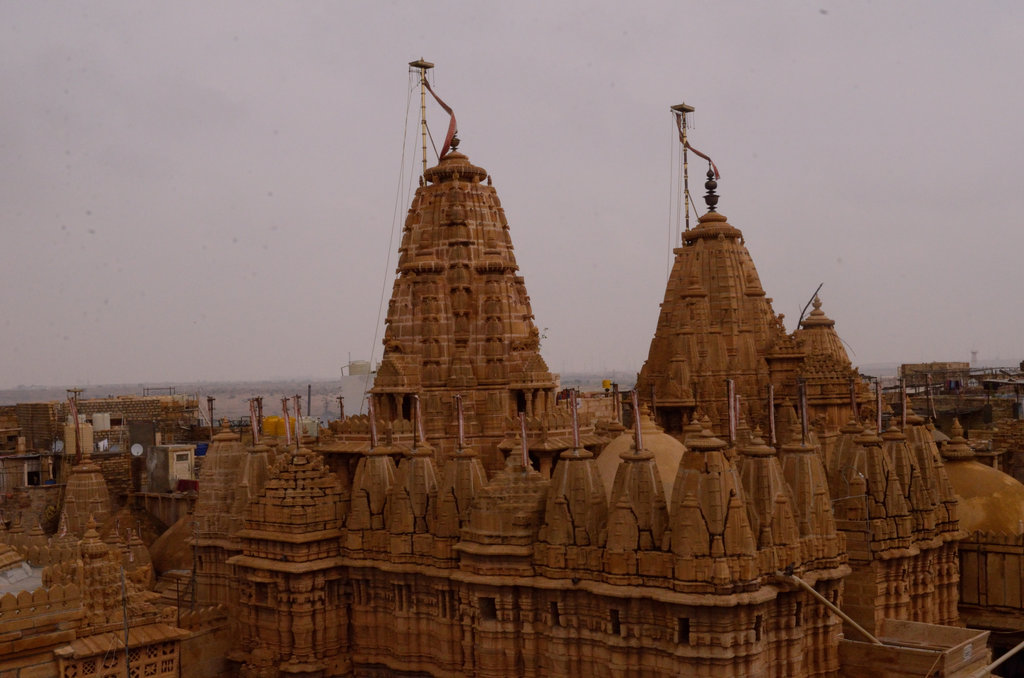