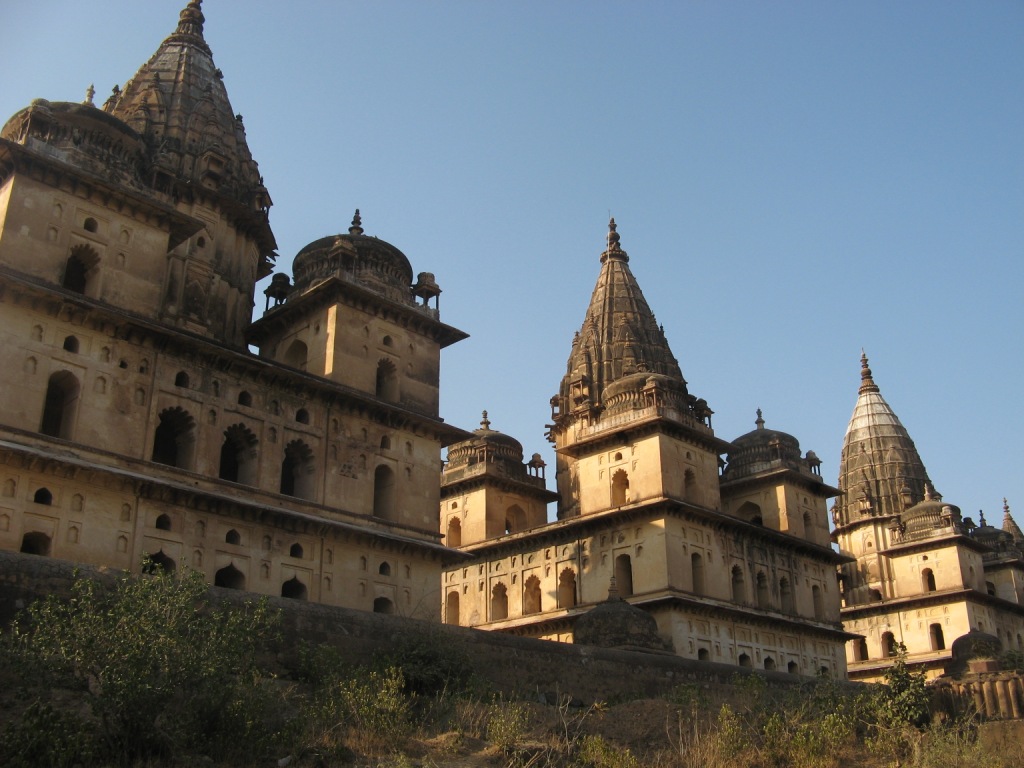 Orcha, one of the ancient city situated on the bank of Betwa. This place is famous for Raja Ram Temple and various other historical monuments. Orcha was founded in 16th Century by the Bundela Chieftain, Rudra Pratap Singh. The mainOrcha Temples historical are the Jehangir Mahal, Raj Mahal, Rai Praveen Mahal, Laxmi Narayan Temple and the Chaturbhuj

Temple. The various palaces and temples were built by its Bundela rulers in the 16th and 17th centuries retain much of their pristine perfection. Of the succeeding rulers, the most notable was Raja Bir Singh who built the exquisite Jehangir Mahal, a tiered palace crowned with graceful Chhatries.

Chaturbhuj Temple Chaturbhuj Temple was built upon a massive stone platform and reached by a steep flight of steps, the temple was specially constructed to enshrine the image of Ram which, however, remained in the Ram Raja Temple. Lotus emblems and symbols of religious importance provide the delicate exterior ornamentation.

Ram Raja Mandir Ram Raja Mandir, a palace-turned-temple has a charming legend attached to it. King Madhukar Shah brought an idol of Lord Rama from Ayodhya to his capital following the dream visitation of God Ram to be installed later in a temple. When the idol proved impossible to move, the king recalled, too late, the deity’s edict that the image would remain in the place where it was first installed. It is also the only temple in India where Ram is worshiped as a king.

Laxminarayan Temple A flagstone path links the Laxminarayan Temple with the Ram Raja Temple. The style here is a mix of fort and temple architecture. The interiors contain the most exquisite of Orcha’s Wall Paintings. On the walls and ceilings of three halls, these murals are vibrant compositions and cover a variety of spiritual and secular subjects. 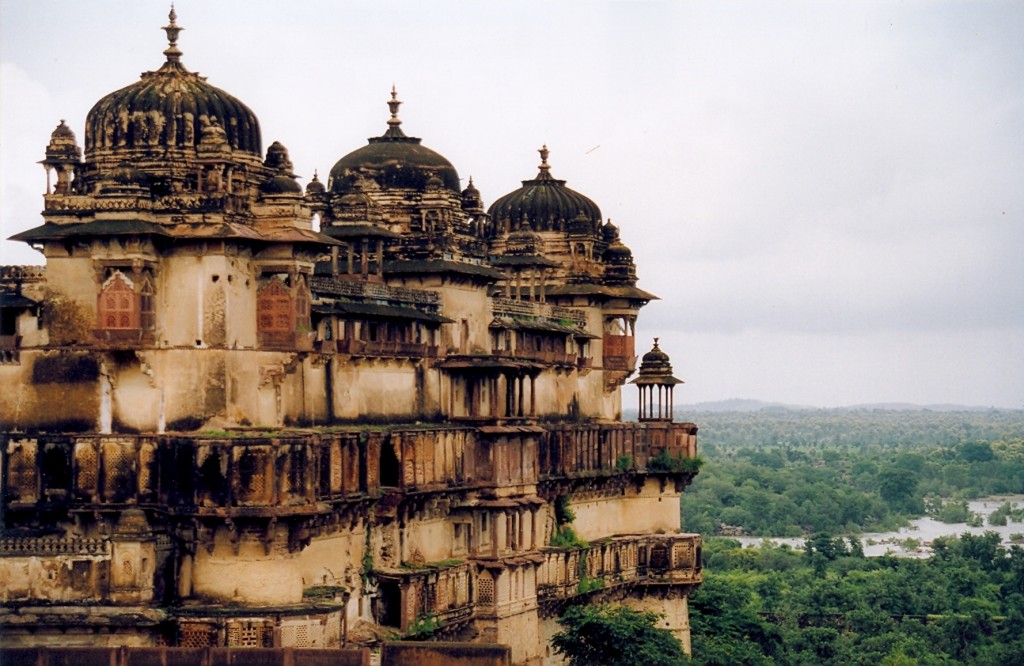