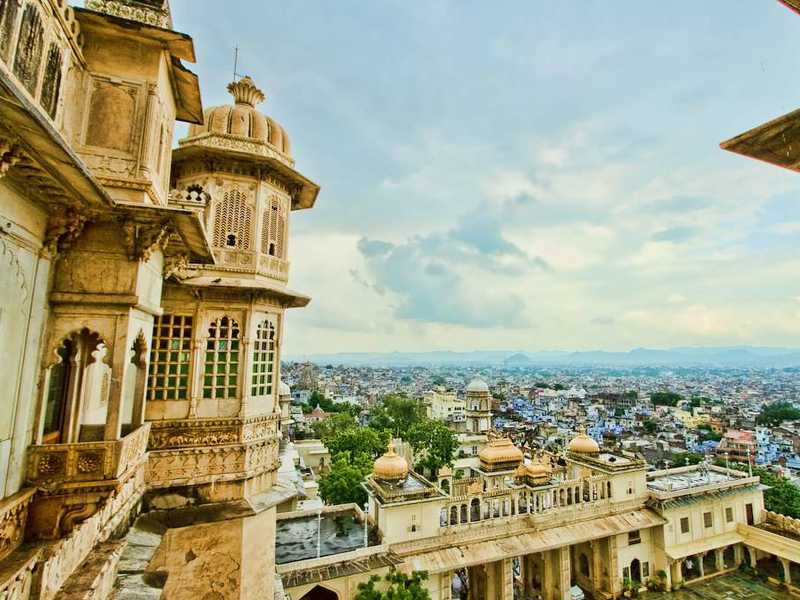 Palaces of Rajasthan, upon arrival at the airport, you will meet and be assisted our representative driver who will welcome you and take you to your previously booked hotel. Things to see in South India, hotel booking, train booking, flight booking, car, driver, guide, escort, and shopping anything you need in your travel the team of India’s Invitation will make all the arrangements so perfect for your budget, India’s Invitation says ” travel with us because we care”.

Palaces of Rajasthan, this grand palace is one of the best palaces of rajasthan that is an architectural masterwork in red sandstone, and was built by Maharaja Ganga Singh Ji in the memory of his father Maharaja Lal Singh Ji in 1902. Sir Swinton Jacob designed this oriental fantasy. This architecture is a fusion of Rajput, Mughal and European architecture. The exterior contrasts dramatically with the oriental interiors and amenities. The palace has beautiful latticework and filigree work, which are hallmarks of a great craftsmanship. The Palace has an amazing collection of well-maintained paintings and hunting trophies. Sprawling lawns with blooming bougainvillea and dancing peacocks make a visual extravagance. Designed by a Britisher for Maharaja Ganga Singh, this palace displays a magnificent blend of Oriental and European style.

Palaces of Rajasthan, the terraced lawns and the Bougainvillea bushes add beauty to the palace. Peacocks stroll around the palace, which has been partly converted into a hotel. The intricate filigree work and latticework exhibit the refinements and delicacy of craftsmanship. The palace museum displays well preserved hunting trophies and old photographs. The library of the Lalgarh palace is supposed to have the largest collection of original Sanskrit manuscripts on parchments, copper and gold or silver plaques. Built in the memory of maharaja Lal Singh, Lalgarh Palace has a graceful facade of red sandstone, and is one of Maharaja Ganga Singh’s great achievements. The maharaja ruled for a period of 56 years. The state especially prospered under his rule. 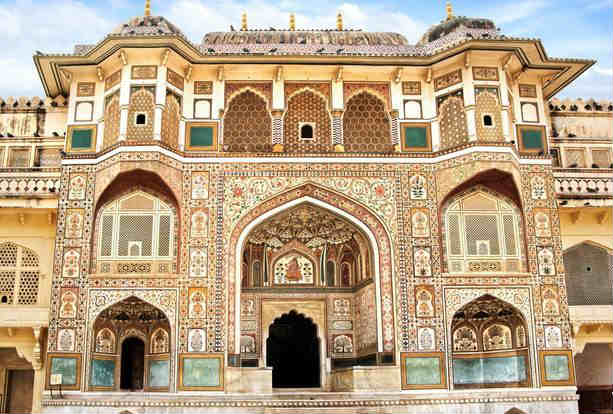 Palaces of Rajasthan, Maharaja Umaid Singhji who built this palace was fascinated with western lifestyles so he marshalled the services of a well-known Edwardian architect, Henry Vaughan Lanchester, a creditable equal of Edward Lutyens (architect of New Delhi) to construct a three hundred and forty seven roomed Umaid Palace. This was to become India last of the great palaces and the biggest private residence in the world. Spectacular Central Rotunda, the cupola rises to a hundred and five feet high; the Throne Room with its exquisite Ramayana murals; an elegant wood-panelled library, and even a private museum; an indoor swimming pool, a Billiards Room, tennis courts and unique marble squash courts makes Umaid Bhawan Palace is unabashedly the most magnificent.

Palaces of Rajasthan, the palace was also built with superficial intentions of providing employment to famine stricken farmers. The Palace now is a five star deluxe palace hotel. The museum of the palace is highly recommended for its display of weapons, an array of stuffed leopards, a huge banner presented by Queen Victoria and an incredible collection of clocks. This is known as Umaid Bhawan Palace because of the particular type of sandstone used, to build it – which is not weathered. Portions of the Umaid palace have been converted into a hotel and a museum.

Palaces of Rajasthan, the first island palace of Lake Pichola, Jagmandir was constructed by Maharana Karan Singhji in 1622 AD and was intended to be a pleasure palace for imperial parties and functions. It has served as a shelter for Moghul Emperor Shahjahan when he was a prince against the wrath of his father in the seventeenth century. The tale goes on to say that Jagmandir was the inspiration behind the world-renowned Taj Mahal, which Shah Jahan built in the memory of his departed wife, Mumtaz. The City Palace, Udaipur: City Palace towers over the Pichola Lake. Maharana Uday Singh initiated in the construction of the palace but succeeding Maharanas added several palaces and structures to the complex retained a surprising uniformity to the design. The entry to the Palace is from the Hati Pol, the Elephant gate. 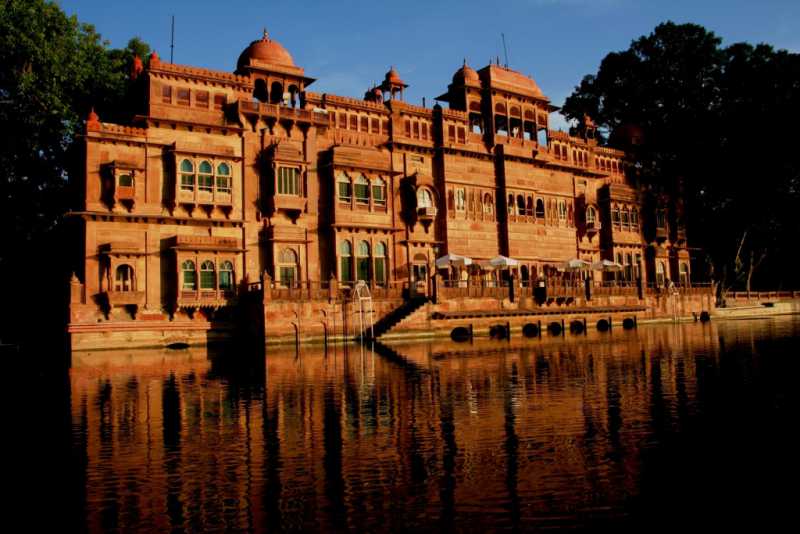 Palaces of Rajasthan, the Bari Pol or the Big gate brings you to the Tripolia, the Triple gate. It was once a custom that the Maharana would weigh under this gate in gold and silver, which was distributed to the populace. It is also now the main ticket office. Balconies, cupolas and towers surmount the palace to give a wonderful view of the lake. Suraj Gokhada or the balcony of the sun is where the Maharana would grant public audiences mainly to boost the morale of the people in difficult times. The Mor Chawk is the peacock square and gains its name from the vivid blue mosaic in glass of a peacock that decorates its walls. The main part of the palace is now preserved as a museum displaying a large and diverse array of artefacts. Down steps from the entrance is the armoury museum exhibiting a huge collection of protective gear, weapons including the lethal two-pronged sword.